Golden Trezzini winners: “The award has been a stepping stone for us to work towards a sustainable future”

The Golden Trezzini awarding statuette arrives to 2021 winners in India. 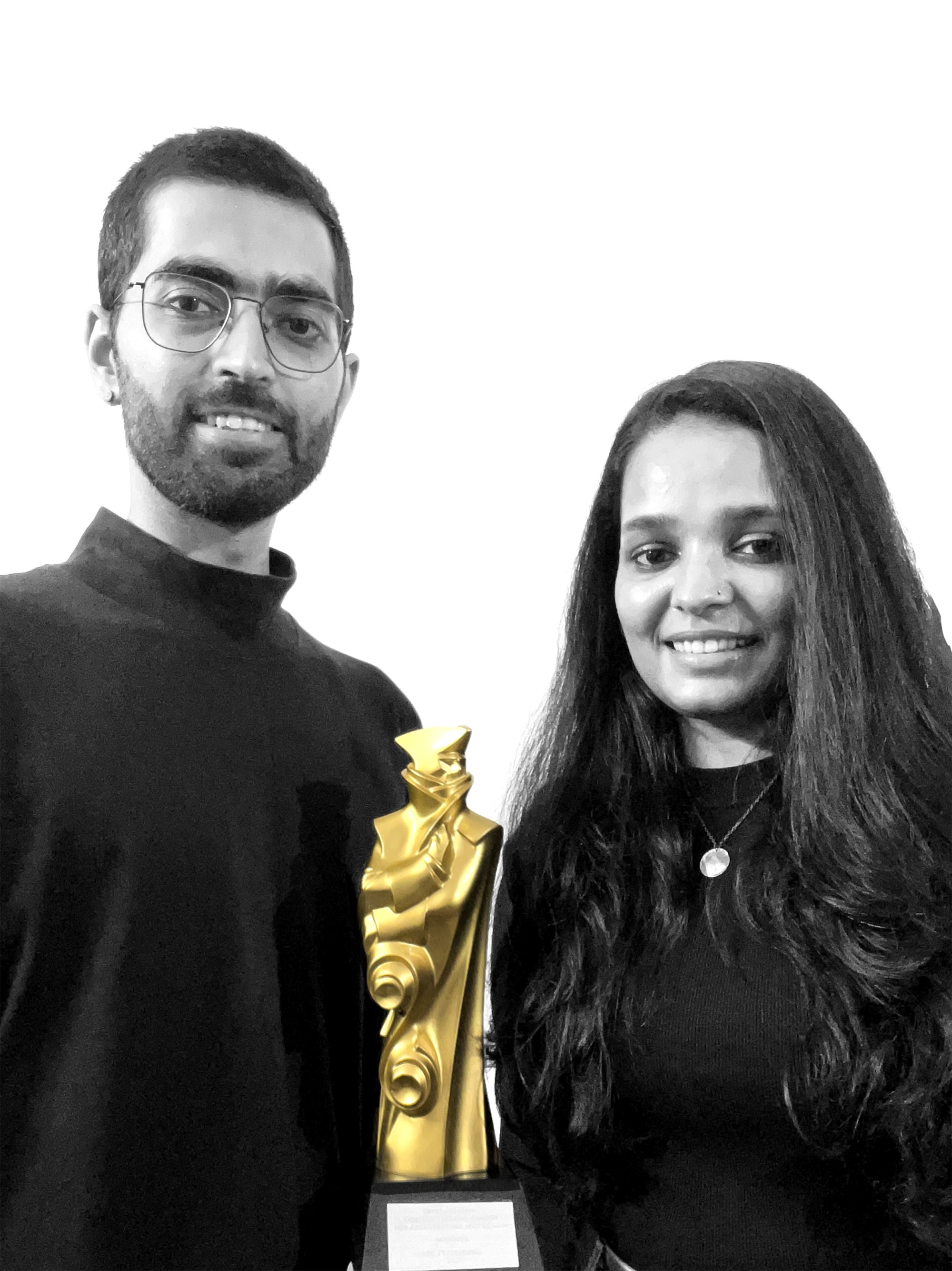 Dhruv Shah and Sneha Dhanuka, young architects based in New Delhi, India, became winners of the Golden Trezzini Awards in 2021. The team’s project “A Space for a Forgotten Word” was named the best in the newly established category “Best Design Project for Library”.

The awarding statuette was sent by mail, as it is normally done for the winners who cannot attend the awarding ceremony in the State Hermitage in person. After certain difficulties with international dispatches, the parcel safely arrived to India.

“I am delighted to see our efforts to propose a sustainable and inclusive future being recognized on a platform as big as the Golden Trezzini awards”, Dhruv Shah says, “It was a very unexpected achievement for us, to win amongst thousands of nominations from around the world and be the only project in India to be awarded as the winner.”

“I feel extremely honoured to receive this award from such an esteemed organization. The design resonates a living organism that grows as per the need of its users. The award has been a stepping stone for us to work towards a sustainable future and hence inspire others through our work”, Sneha Dhanuka adds.

Dhruv Shah and Sneha Dhanuka have prior experiences of working in internationally acclaimed architecture offices, which include Studio Lotus, New Delhi, and MPN and Partners, Hanoi. Their key interest areas in architecture lie in radical concepts and a sustainable approach for building systems. 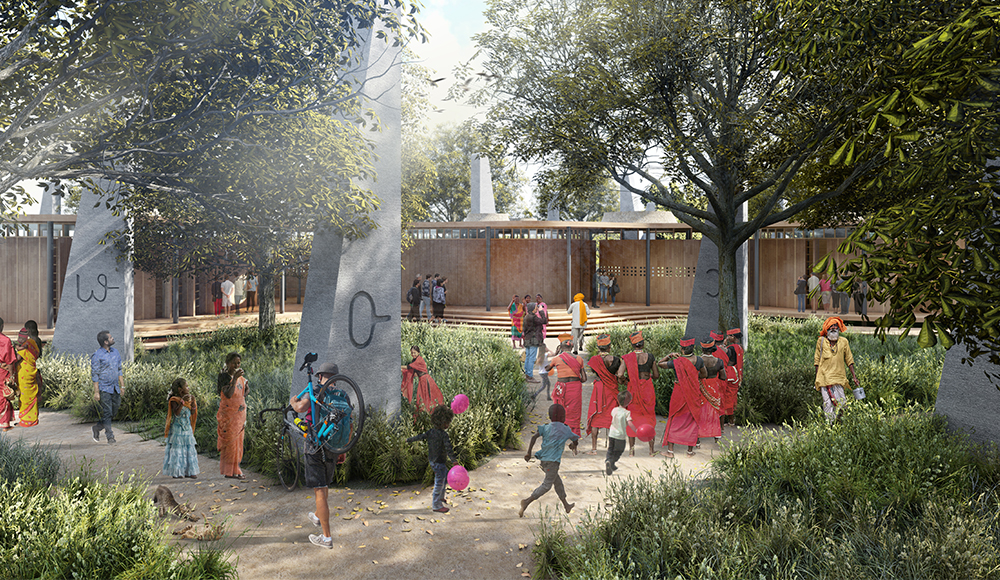 “A Space for a Forgotten Word” library concept explores the Gond tribe heritage. Gondi, one of the largest tribes in the world, face a two-headed conflict — an external one because of their region’s socio-political scenario, and an internal cultural one that puts their rich art and culture, including their ancient Gondi language, at risk of being forgotten. The design is envisioned as an immersive experience into the landscape, revealing the structure and the concrete monoliths engraved with alphabets of Gondi, which strongly symbolize the presence, importance, and relevance of the tribal language. The proposal is intended to invite users from many surrounding villages while acting as an international center of learning and a symbol of preservation for the ancient Gondi language and culture. The library structure is not thought of as an institute that is given to the people, but a living organism that grows as per the needs of its users, growing and expanding in phases around the existing landscape.

”Best Design Project for Library” category remains one of the Golden Trezzini priorities. In 2023, it will be offered to the participants again.

In 2022, 1,123 applications from 74 countries submitted, 63 projects from 16 countries having been shortlisted by the Jury. The winners were announced on November 15 in the State Hermitage. The list of winners included projects from Brazil, China, Cuba, Germany, Indonesia, Mexico, Russia, Spain, and Thailand.

The applications for the 6th Golden Trezzini Awards will start in Q1, 2023.