Swiss Ambassador to Russia Krystyna Marty Lang: «The ability of art to overcome differences is vitally important in the modern world»

Krystyna Marty Lang, Ambassador Extraordinary and Plenipotentiary of Switzerland to the Russian Federation, member of the International Council of the Golden Trezzini Awards, gave a welcome speech before the 2021 Golden Trezzini awarding ceremony on November 15. 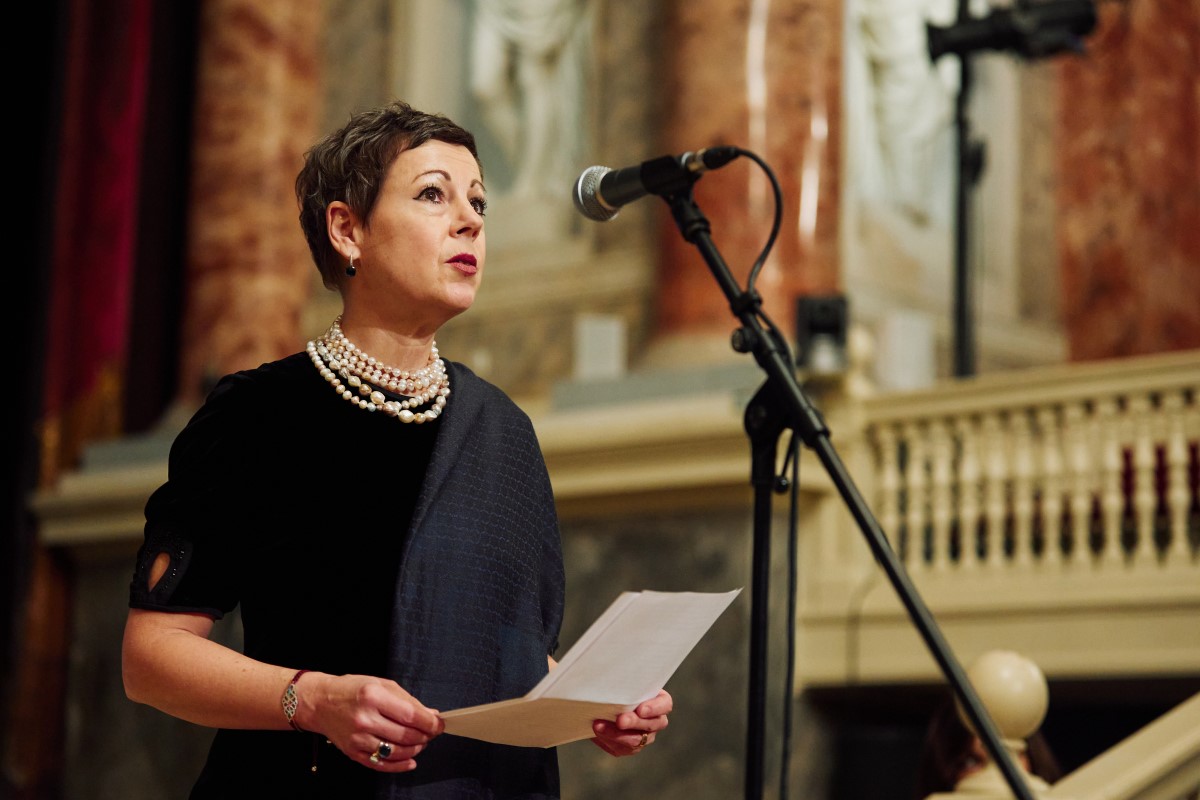 St. Petersburg has, from its very beginning, been a city where people from many different countries have lived and worked together. Specialists from all over the world and many different professions were invited by Peter the Great to bring their knowledge, their talent and their hard work here. We can see this beautifully in the city itself, where the architecture is a testament to the diversity of its creators. One of those creators was Domenico Trezzini, who was born in a small village in the Southern part of Switzerland. After studying in Italy and working in Denmark, he was invited by Peter the Great to come to Russia, where he arrived in 1703 and became the first architect of St. Petersburg. Together, Russians and foreigners worked side by side, to make St. Petersburg the beautiful city of world prominence it is today. Many who had come here as strangers and guests became residents of St. Petersburg and remained here for good.

The motto of the awards, Architecture as art, is a testament to the ability of creative processes to bring people together, regardless of their origin, their cultures and their beliefs. I believe that this ability of art to overcome differences and create understanding between different people is vitally important in the modern world. As a Swiss representative, I am especially happy that the Awards carry the name of Domenico Trezzini, who, as a man from a small Swiss village, was able to make a name for himself and contribute to the design and the history of the city of St. Petersburg. His descendants continued to live and work in Switzerland as well as in Russia. The life story of Domenico Trezzini, a Russian architect with Swiss roots is a testament to international understanding and cooperation, so that all may benefit from shared work and effort.

The Golden Trezzini Awards for Architecture and Design is a young project, but has already become a famous event in the four years of its existence. Since the first edition in 2018, it has found renowned partners, architects and jury members, with talented candidates from all over the world applying for the coveted awards. I sincerely hope that this growth will continue, and that the Golden Trezzini Awards will continue to attract distinguished creators and unite people different countries and cultures through art. Switzerland represented by the Embassy in Moscow and the Consulate General here in St. Petersburg is more than happy to support this prestigious project.

In this sense, I would like to thank the architects, members of the jury and the sponsoring partners who have contributed to the success of the Awards. I would like to especially thank Pavel Chernyakov, Maria Borisova and their excellent organizing team which has made this event possible and enabled the awards to become the coveted distinction it is today. I wish everyone a nice evening, many interesting conversations and impressions.

Thank you for your attention.

The Golden Trezzini Awards for Architecture and Design, being held under the auspices of the Worldwide St. Petersburg Club, are named after Domenico Trezzini (1670—1734), Russian architect of Swiss origin, the first architect of St. Petersburg. The Awards have been taking place since 2018, under the patronage of the Municipality of the City of Lugano and supported by the Representative Office of the Ministry of Foreign Affairs of the Russian Federation in St. Petersburg, Committee for External Relations of St. Petersburg, the Embassy of Russia in Switzerland, the Embassy of Switzerland in Russia, the Consulate General of Switzerland in St. Petersburg, Department of Culture and Tourism — Abu Dhabi, and a number of other organisations and institutions. The main objective of the Awards is turning the most artistically valuable architectural, design, restoration, scenography, and exhibition projects into museum objects. The Honorary Chairman of the International Council for the Golden Trezzini Awards is Mikhail Piotrovsky, President of the Worldwide St. Petersburg Club and General Director of the State Hermitage. The best projects by competitors will be added to the collection of the Architectural Graphics Fund at the Museum of St. Petersburg History and take part in an annual exhibition.

Applications for the 5th International Golden Trezzini Awards for Architecture and Design will be open in Q1 2022.