In 2021, the Awards has set up some new nominations and special prizes. One of them is the Best Implemented Theatre Set Design. 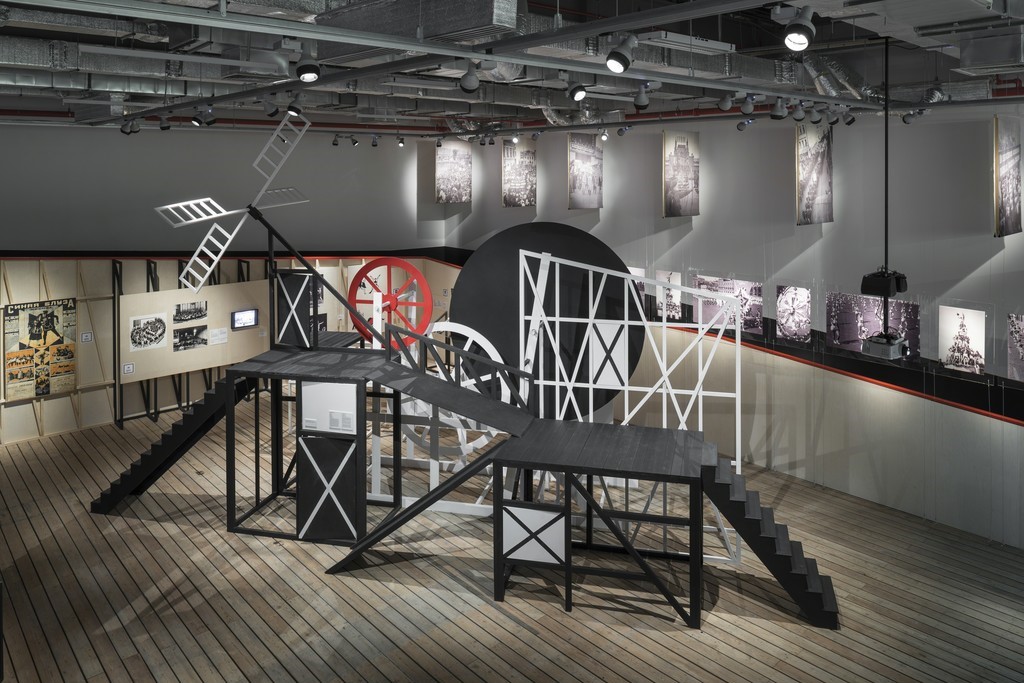 The art of theatre set is almost as old as the theatrics itself. This sphere of creation is highly specific and is used to recreate the performance location – which is nothing less than depicting a whole world, either real or unreal, with available material means. A stage artist with a knowledge of perspective, proportions, and monumental shapes is always something of an architect, even if the stage set features not an urban street or interior but some green scenery. The converse is also true – architects can comprehend themselves as stage artists, taking whoever watches their designs for the theatre audience. This association is more than anywhere pertinent in St. Petersburg, a stage-managed city, where street layout and centerpieces follow a certain dramatic concept.

“Acting to Peter the Great’s bidding, first St. Petersburg architect Domenico Trezzini designed the new imperial capital as an enormously large theatre set for Russia is Europe performance,” says Pavel Chernyakov, Chairman of the Arrangements Committee for the Golden Trezzini Awards. After that, Alexander Pushkin, Nikolay Gogol, and Andrey Beliy fixed St. Petersburg’s image of a stage set in their literary works. That’s why the organizers of the Awards commemorating the first architect of St. Petersburg thought that the time had come to establish a new nomination – the Best Implemented Theatre Set Design.

“I am very pleased to have the opportunity to draw attention to scenography, whose traditions are especially strong in Russia and have influenced the development of art and theatre throughout the world,” said Regina Khidekel, art historian and expert on Russian avant-garde and contemporary art, founder of the Russian-American Cultural Center and the Lazar Khidekel Society, and member of the Golden Trezzini jury since 2020. “Back in my student years at the Academy of Arts, scenography gave me the opportunity to explore the work of avant-garde artists who contributed to Sergey Diaghilev's ballets, the Kamerny Theatre, and the Meyerhold Theatre. To this day, I am proud that in 1972 I published an article in the Iskusstvo magazine, in which for the first time after decades of silence the names of Alexandra Exter, Alexander Vesnin and Georgiy Yakulov were resurrected – the ones that managed to transfer Cubofuturistic paintings to 3D stage sets and costumes, providing tremendously remarkable impact of the avant-garde development throughout art and architecture. Since then, I have continued to engage in contemporary scenography, which was much more advanced than any other form of Soviet art. Soviet scenography was to a certain extent phenomenal, and it is no coincidence that it received international recognition and was awarded at international exhibitions and festivals.”

According to Regina Khidekel, scenography as a dynamic interaction between art, architecture and design attracted the most important artists throughout the history of the theatre, but thanks to Sergei Diaghilev’s artistic vision, theatrical decoration was transformed into contemporary art, and in addition to the ability to fully express his innovative vision, the artist received a huge audience and a space to experiment. It was in Diaghilev’s scenery that the Black Square by Kazimir Malevich first appeared in 1913 – for Victory over the Sun, which marked the birth of Suprematism. In 1920, teachers and students of the Vitebsk Art Institute (in particular, Vera Ermolaeva and Lazar Khidekel) came to explore the basics of this trend in their play.

A similar case is that the Meyerhold Theatre has become a construction site where Constructivism was born in the oeuvre of Lyubov Popova, Alexander Rodchenko, and Varvara Stepanova. “Maurice Cocteau said that Picasso, Gris, de Chirico, and Derain would never have worked in the theater if Diaghilev had not brought them there. The reforms initiated by Diaghilev changed the theater of the 20th century and gave Russia the name of a theatrical power,” says Regina Khidekel.

According to the Awards Arrangements Committee, entries for the Best Implemented Theatre Set Design nomination along with other nominations of the Golden Trezzini Awards 2021 are accepted at www.goldtrezzini.ru till October 1 inclusively.

Besides the basic nominations, several participants will be selected to get a special Lazar Khidekel Prize. The Lazar Khidekel Society, partner to the Golden Trezzini Awards, will reward authors of the boldest architectural projects. Projects from across the globe can be submitted as long as they have been implemented after January 1, 2019. Participation is free of charge. The Awarding Ceremony for the winners will take place in the Mikhailovsky Theatre in November.

The best projects by the Awards winners will take part in an annual Architecture as Art exhibition at the Peter and Paul Fortress and added to the collection of the Museum of St. Petersburg History.