Dr. Uri Resnick became a new member of the panel of experts for the international awards for architecture and design held in St. Petersburg. 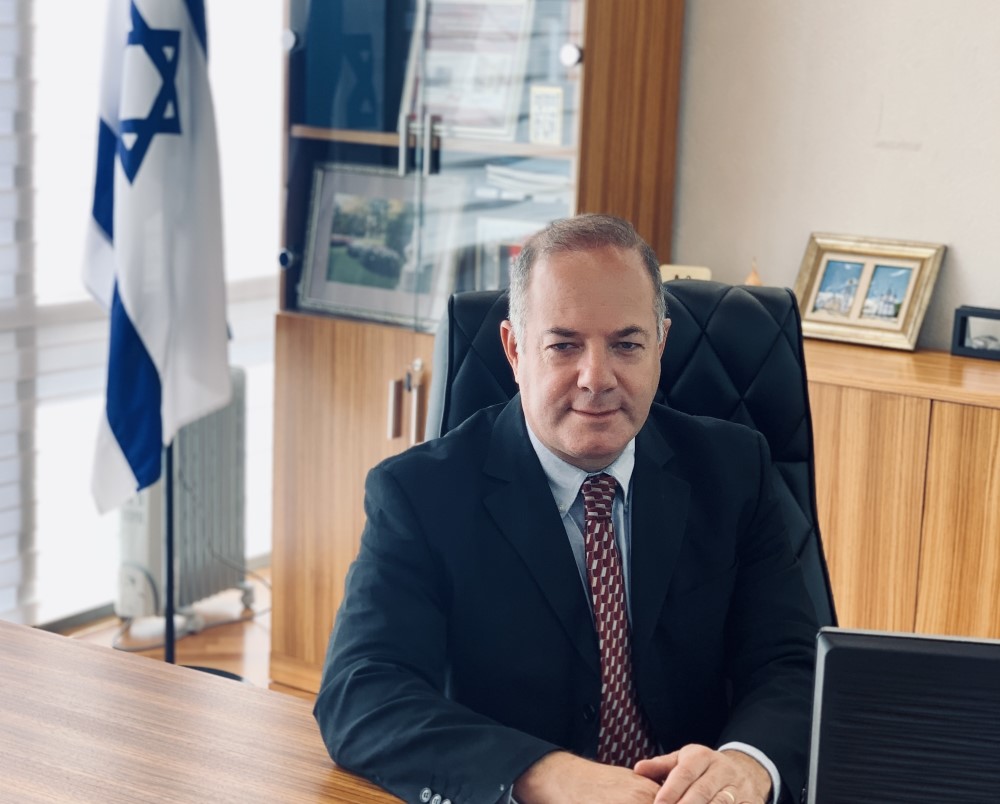 “I am honored to join the International Council of 2022 Golden Trezzini Awards for Architecture and Design,” Dr. Resnick says, “The Consulate General of Israel in St. Petersburg and I personally attribute great importance to strengthening cultural cooperation between Israel and Saint Petersburg. I fully concur as to the importance of ‘architectural diplomacy’ as a vehicle for underscoring people-to-people relations between countries and between Israel and Russia specifically. I look forward to engaging in this important activity.”

Uri Resnick, born in 1970 in Ottawa, Canada, immigrated to Israel in 1988. He received his PhD in International Relations at the Hebrew University of Jerusalem and is an associate at the Federmann Center for Rationality at the Hebrew University. Since 2002, Uri Resnick has been serving at the Ministry of Foreign Affairs of Israel. His professional experience includes serving in diplomatic missions in Dakar, Sofia, Los Angeles, as well as work for the Ministry of Foreign Affairs office in Jerusalem. In September 2021, Dr. Resnick began his tenure as Consul General of the State of Israel in St. Petersburg.

The motto of the Awards is 'Architecture as Art'. The aim of the Awards is turning the most artistically valuable architectural, design, restoration, scenography, and exhibition projects into museum objects. The Golden Trezzini winning projects are transformed into museum exhibits in order to keep and showcase their historical, cultural, scientific and artistic value the best way. The best projects by competitors are added to the collection of the Architectural Graphics Fund of the Museum of St. Petersburg History and take part in an annual exhibition «Architecture as Art».

The Awards mission is to develop architectural diplomacy. Organizers believe that, unlike political relations, connections between architects from different countries don’t depend on international dealings. The Jury of the Awards brings together representatives of the diplomatic corps of different countries, authorities, the academic community, heads of museums, cultural and art figures, as well as professionals in the field of architecture, design, scenography.

The Honorary Chairman of the International Council of the Golden Trezzini Awards is Mikhail Piotrovsky, Director of the State Hermitage. Evgeny Grigoriev, Chairman of the Committee for External Relations of St. Petersburg, and Vladimir Zapevalov, Representative of the Ministry of Foreign Affairs of the Russian Federation in St. Petersburg, are the co-chairmen of the International Council. Among the Council’s members, there are Lord Norman Foster and Lady Elena Ochoa Foster, artists Ilya and Emilia Kabakov, heads of the State Russian Museum, Solomon R. Guggenheim Museum and Foundation, J. Paul Getty Museum, Gagosian galleries, Fondation Louis Vuitton, directors of a number of leading European art museums as well as representatives of the authorities and diplomatic corps. In particular, ambassador of Russia to Switzerland Sergei Garmonin, ambassador of Russia to Austria Dmitry Lubinsky, ambassador of Switzerland to Russia Krystyna Marty Lang, consul general of Switzerland in St. Petersburg Hansjörg Meier, consul general of France in St. Petersburg Pascal Sliwanski, consul general of the Republic of Korea in St. Petersburg Kwon Dong Seok participate in the Council’s activities.

Applications for the 5th International Golden Trezzini Awards for Architecture and Design will be open in March 2022. The Golden Trezzini invites nominees from all over the world: developers and planners, architects and renovators, designers and interior decorators, theatre artists, as well as students of architecture schools and departments. Participation is free of charge.

2022 Golden Trezzini winners will be announced in November 2022 in St. Petersburg.

Photo provided by the Consulate General of Israel in St. Petersburg.