On November 15, 18:00 (GMT+3), the fifth Gala evening of the International Golden Trezzini Awards for Architecture and Design will start in St. Petersburg. The event participated by the Director of the Hermitage Museum Mikhail Piotrovsky will be held at the Hermitage Theatre. For the first time in five years, not only architects and designers, but also sculptors will be awarded at the ceremony. 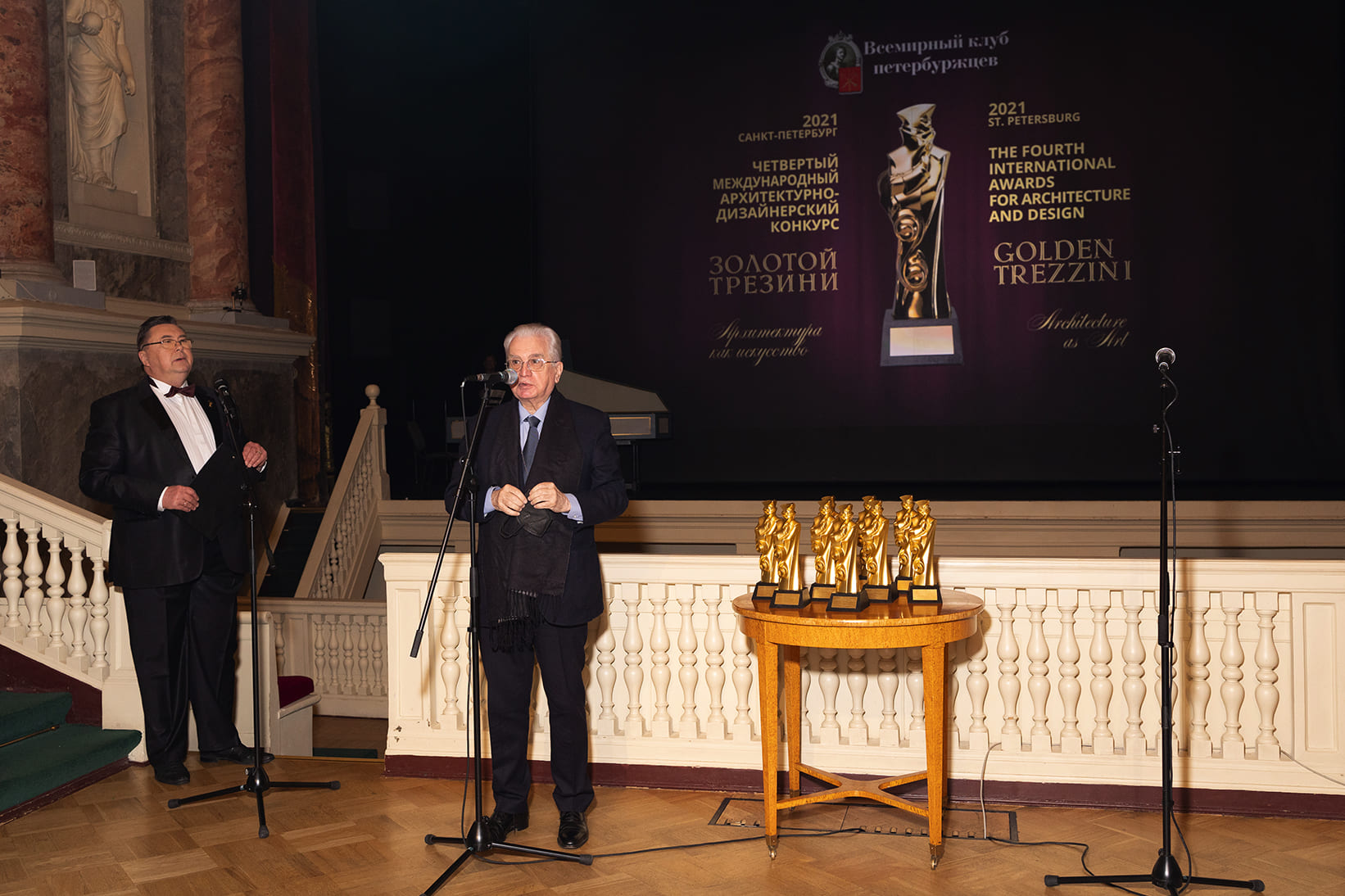 This year, 1,123 applications were submitted for participation, and the shortlist of finalists included 63 projects from 16 countries.

For the first time in the history of the Golden Trezzini, the award will go to the “Best Art in Outdoor Public Space”. The finalists of this new category include monuments and artworks from Guangdong, China, the Kaluga Region, Russia, and St. Petersburg.

Photo: opening of the Golden Trezzini awarding ceremony in 2021.