On September 8, 2022, the third exhibition “Architecture as Art” is opening in the Engineering House at the Peter and Paul Fortress, in the very heart of St. Petersburg. 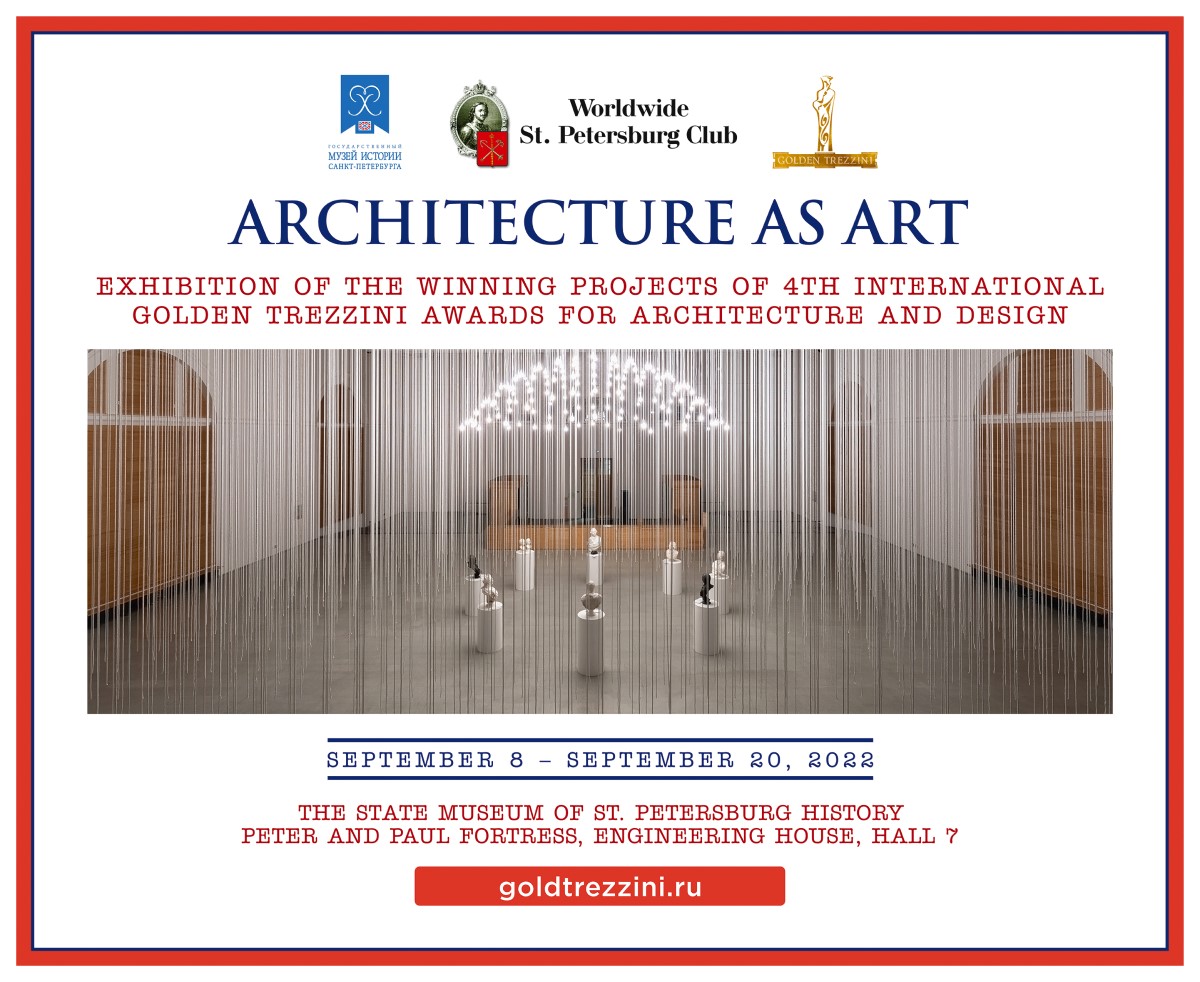 The exhibition is organized by the State Museum of St. Petersburg History, the Worldwide St. Petersburg Club and the Organizing Committee of the Golden Trezzini Awards. It will feature winning projects of the 4th International Golden Trezzini Awards for Architecture and Design, which took place in 2021. The list of winners embraces projects from 14 countries, namely Brazil, China, El Salvador, India, Iceland, Israel, Italy, Mexico, Netherlands, Portugal, Russia, Singapore, Spain, and UK.

“In addition to the works of the winners, we will show the most stunning moments from the Awards’ life through recent years, for the first time within the framework of this annual exhibition,” says Pavel Chernyakov, the Chairman of the Golden Trezzini Organizing Committee, “Seems like yesterday our idea to museumize contemporary architectural and design projects emerged. But now, the Golden Trezzini has already its own history, which has found its place in the museum space, thanks to the support of the Museum of St. Petersburg History.”

The exhibition will run until September 20.

The State Museum of St. Petersburg History is one of the largest Russian museums of history. The museum funds contain 1.3 mln+ exhibits, telling the history of the city since its founding to nowadays. The museum’s centre is the Peter and Paul Fortress, a unique cultural and architectural landmark, built to Domenico Trezzini's designs from 1706 to 1740. The Peter and Paul Cathedral, the dominant of the architectural ensemble, is one of the city symbols, a burial site of the Royal Family of the Romanovs. Historical buildings of the Peter and Paul Fortress contain expositions and temporary exhibitions of the museum.

By now, more than 300 works from 47 countries have been approved for participation, and there are only two weeks left for potential nominees to submit their projects. Applications are open at https://www.goldtrezzini.ru/en/ till September 15, 2022. We invite nominees from all over the world: developers and planners, architects and renovators, designers and interior decorators, theatre artists, as well as students of architecture schools and departments. Participation is free of charge.