On November 15, the awarding ceremony of the 4th Golden Trezzini Awards for Architecture and Design will be held in St. Petersburg. Prizes will be presented at the stage of the Hermitage Theatre — powered by the State Hermitage and the Worldwide St. Petersburg Club. These are the news communicated by the Arrangements Committee of the Awards. 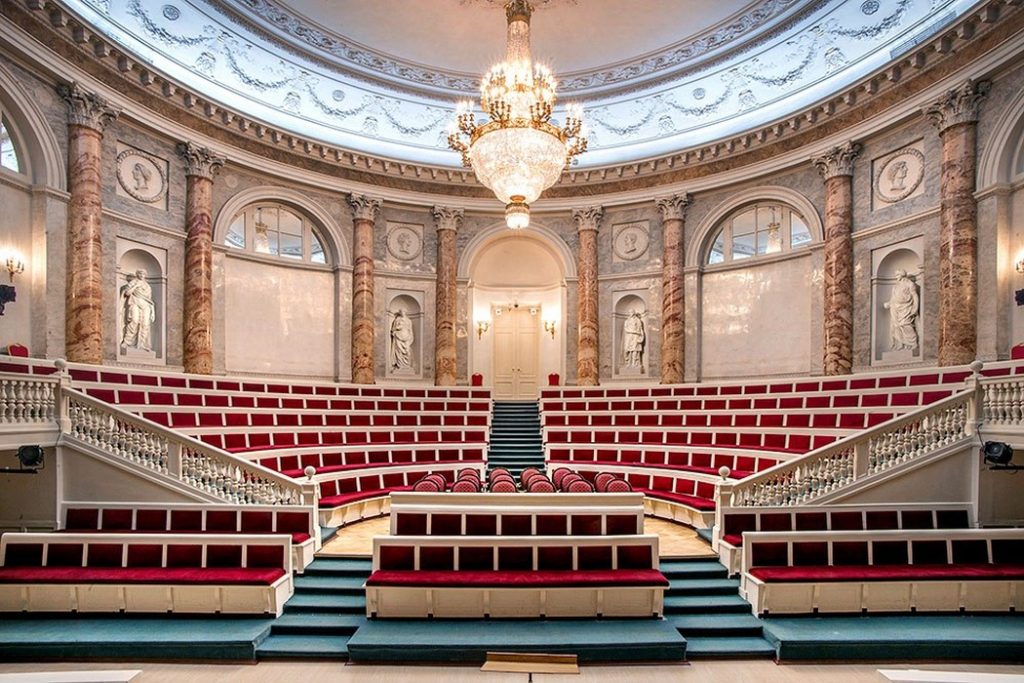 This year, Domenico Trezzini’s gilded figurines are claimed by 1,031 projects from 97 countries. 60 best projects from 26 countries were shortlisted for the finale. Besides main prizes, several special awards will be distributed during the ceremony hosted by the Hermitage Theatre, including the Genius Petropolis (The Spirit of St. Petersburg) Medal established by the Worldwide St. Petersburg Club in honor of Valentina Orlova (1945—2021), their first Chairwoman of the Board and the first member of the Golden Trezzini’s International Council. The Medal will be awarded to authors of the best architectural or renovation projects that match the spirit and traditions of St. Petersburg best of all.

“I am much obliged to the Worldwide St. Petersburg Club and particularly their President – Mikhail Piotrovsky – for the chance to announce our winners at this remarkable venue,” said Pavel Chernyakov, Chairman of the Arrangements Committee for the Golden Trezzini Awards. “The Hermitage Theatre holds a special place in the history of our city’s architecture. First of all, it was here that the first stone Winter Palace of Peter the Great was built after the drawings by Domenico Trezzini, who our Awards is named as a tribute to. After Peter died, it was Domenico Trezzini who guided reconstruction of administration premises there. Two levels of the Theatre still contain chambers of Catherine I, designed by Trezzini in 1726 through 1727. Last but not the least is that in May 2004 the Hermitage Theatre hosted the ceremony of the Pritzker Prize, the world’s most eminent architectural contest, where Zaha Hadid was announced the winner. Alas, Zaha Hadid is gone, but the studio she founded is still in business, designing and implementing projects fantastic and stunning. Hussam Chakouf, Senior Associate at Zaha Hadid Architects, is one of the jury members at the Golden Trezzini Awards.”

The Arrangements Committee is sorry to announce that because of the COVID-19 restrictions, the list of invitees to the ceremony has to be pared down. Only winners, jury members and partners of the Awards will be able to attend the ceremony in the Hermitage Theatre in person. Others can watch the event online. It will be streamed in Russian and with voice-over English translation. Links to both streams will be posted at the web-site of the Awards www.goldtrezzini.ru.

“Soundness of our guests and participants at the Awarding Ceremony is our topmost priority,” Pavel Chernyakov emphasized. “Our event has been approved with the St. Petersburg’s Committee of Industrial Policy, Innovations and Trade. To enter the venue, all the visitors will have to submit a vaccination or previous COVID-19 disease QR code.”

The Golden Trezzini Awards for Architecture and Design are named after Domenico Trezzini (1670—1734), Russian architect of Swiss origin, the first architect of St. Petersburg. The Awards have been taking place since 2018, under the patronage of the Municipality of the City of Lugano and supported by the Worldwide St. Petersburg Club, the Representative Office of the Ministry of Foreign Affairs of the Russian Federation in St. Petersburg, Committee for External Relations of St. Petersburg, the Embassy of Russia in Switzerland, the Embassy of Switzerland in Russia, the Consulate General of Switzerland in St. Petersburg, Department of Culture and Tourism — Abu Dhabi, and a number of other organisations and institutions. The main objective of the Awards is turning the most artistically valuable architectural, design, restoration, scenography, and exhibition projects into museum objects. The Honorary Chairman of the International Council for the Golden Trezzini Awards is Mikhail Piotrovsky, President of the Worldwide St. Petersburg Club and General Director of the State Hermitage. The best projects by competitors will be added to the collection of the Architectural Graphics Fund at the Museum of St. Petersburg History and take part in an annual exhibition.