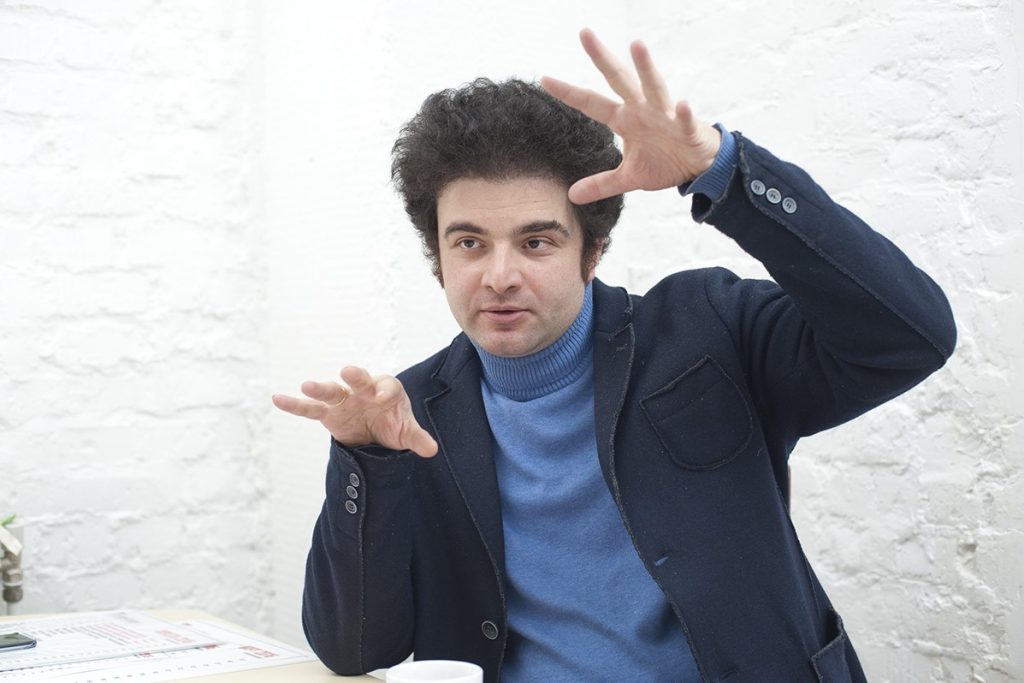 “For theatre set designers, the Golden Trezzini Awards offer a great opportunity for dialogue with all types of “spatial art”: architecture, landscape design, exhibition and museum design, etc.,” Viktor Schilkrot says. “Here we can speak with colleagues using the language of fine arts and look at our work in this context, regardless of other circumstances that surround us in the theatre (performance, play, director's idea, stage equipment, and much more). This is a competition of plastic ideas and images in its purest form. Here you can’t hide behind Mozart’s music, Grigorovich’s choreography or Ranevskaya’s performance – on the contrary, all this should be expressed in the living space of the stage created by the artist.”

Viktor Schilkrot graduated from the Staging department of Moscow Art Theatre School in 2001. In 2003, he completed his postgraduate studies under the guidance of Oleg Sheintsis. He is the set designer behind numerous theatre performances in Moscow, St. Petersburg, Nizhny Novgorod, Yaroslavl, Perm, Novosibirsk, and other cities of Russia.

By now, more than 250 works from 40 countries have been approved for participation, and there is only one month left for potential nominees to submit their projects. Applications are open at https://www.goldtrezzini.ru/en/ till September 15, 2022. We invite nominees from all over the world: developers and planners, architects and renovators, designers and interior decorators, as well as students of architecture schools and departments. Special “Best Implemented Theatre Set Design” category is open for theatre artists, including set designers of drama, opera, ballet or puppet performances. Participation is free of charge.