2020 Golden Trezzini Winner: “This award has been a source of pride” 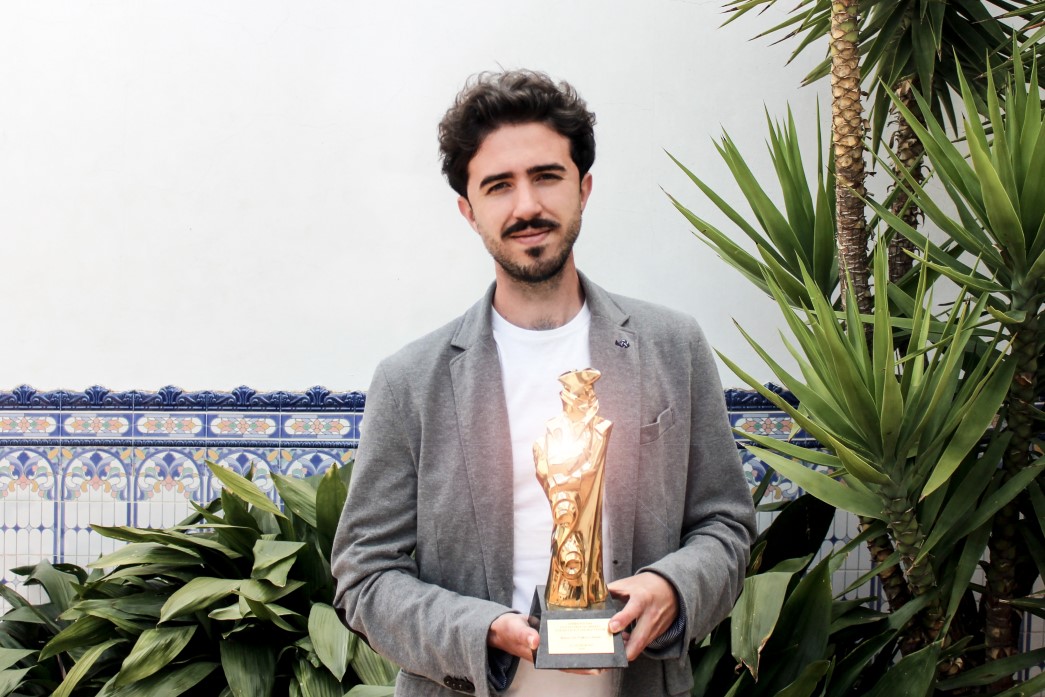 Sergio Ortín Molina, young architect from Spain, won the Premio del Pubblico (People's Choice Award) at the 3rd International Golden Trezzini Awards for Architecture and Design in 2020. His utopic project of reconstruction of Notre-Dame de Paris Cathedral became the leader at the Facebook voting, having gathered more than 1,000 likes. Due to pandemic, attending the awarding ceremony in St. Petersburg was very limited, so the prize — gilded statuette of Domenico Trezzini, the first architect of St. Petersburg — was mailed to the winner.

“It has been an honor to participate in this wonderful award,” the winner says. “Winning the Premio del Pubblico at the Golden Trezzini Awards for Architecture and Design has been a source of pride, and I am very grateful to the organization of the contest for making possible the opportunity to introduce young architects who are starting their careers, offering new professional horizons and achieving an enormous diffusion of the projects, not only at a national level, but also at a global level, something that makes these awards special and unique. The statuette will be a fond memory that will always link me to this recognition and to the city of Saint Petersburg, which I hope to visit very soon.”

Mr. Molina's “Ethereal” project proposes a spatial reconstruction of the aesthetics of the ancient spire, an immaterial tribute to its history, its character and its legacy. Through an interpretive reconstruction of its formal limits and maintaining its ingenious structural system as a support for the intervention itself, carried out in an artisanal way in wire mesh, a millimeter cloud of intangible points is formed that captures the concrete state of a matter that no longer exists, in a time that is no longer hers.

Sergio Ortín Molina is a Master in Architecture from the Technical School of Architecture of Valencia, student of the Master in Conservation of Architectural Heritage at the Polytechnic University of Valencia. He has worked in different architecture, design and landscaping studios, obtaining different prizes and recognitions in his stage as a student such as honors in the Final Degree Project or the award for the best records of the degree.

The Golden Trezzini Awards for Architecture and Design are named after Domenico Trezzini (1670—1734), Russian architect of Swiss origin, the first architect of St. Petersburg. The motto of the Awards is 'Architecture as Art'. The Domenico Trezzini gilded statuettes are awarded to the authors of architectural and designer projects that amount to works of art. The Honorary Chairman of the International Council for the Golden Trezzini Awards is Mikhail Piotrovsky, President of the World Club of St. Petersburgers and General Director of the State Hermitage.

Entries are open till October 1 at https://www.goldtrezzini.ru/en/application2021/. Nominees from all over the world are invited. More than 100 projects from 34 countries have been already accepted. Participation is free of charge.